The Election Commission of India (ECI) has told the Supreme Court that Electoral bonds, contrary to government claims, wreck transparency in political funding. Coupled with the removal of cap on foreign funding, they invite foreign corporate powers to impact Indian politics, it said in an affidavit filed in the apex court.

Besides detailing how donations received through electoral bonds would cause a “serious impact” on transparency in funding of political parties, The ECI ripped apart amendments made to various key statutes through the two consecutive Finance Acts of 2016 and 2017. 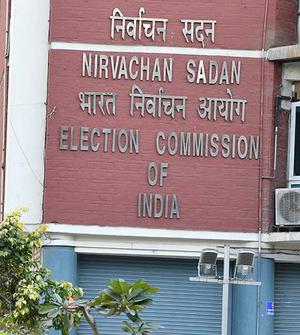 It said these amendments would pump in black money for political funding through shell companies and allow “unchecked foreign funding of political parties in India which could lead to Indian politics being influenced by foreign companies.”

The commission said it had warned the Ministry of Law and Justice about these amendments way back in May 2017. It annexed the letters written to the Law Ministry, along with its 37-page affidavit filed in the Supreme Court on March 25, 2019. “The Election Commission of India has time and again voiced the importance of declaration of donations received by political parties and also about the manner in which those funds are expended by them for better transparency and accountability in the election process,” it submitted.

The affidavit was circulated on Wednesday by petitioner Association of Democratic Reforms. It said the amendments virtually derailed ECI guidelines of August 29, 2014, requiring political parties to file reports on contributions received, their audited annual accounts and election expenditure statements.

The amendment to the RP Act allows political parties to skip recording donations received by them through electoral bonds in their contribution reports to the ECI. “This is a retrogade step as far as transparency of donations is concerned,” ECI said. The ECI has no way to ascertain whether the donations were received illegally by the political party from government companies or foreign sources.

On the other hand, a government affidavit on March 14, 2019 in the apex court claimed that electoral bonds were introduced to promote transparency in political funding and donations.

The government had described the electoral bonds scheme, introduced on January 2 last year, as an “electoral reform” in a country moving towards a “cashless-digital economy”.

The ECI said the amendment introduced by the government in the Income Tax Act allows anonymous donations. Donors to political parties need not provide their names, address or PAN if they have contributed less than Rs. 20,000. Now, “many political parties have been reporting a major portion of the donations received as being less than the prescribed limit of Rs. 20,000…” the ECI affidavit told the Supreme Court.

The ECI extends its critique to the Finance Act of 2016, highlighting how it had amended the FCRA 2010 to “allow donations to be received from foreign companies having majority stake in Indian companies…”

The affidavit extensively quotes from the May 26, 2017 letter the ECI wrote to the Ministry of Law. The letter, annexed with the affidavit, mentions how the amendment in the Companies Act “opens up the possibility of shell companies being set up for the sole purpose of making donations to political parties…”

The Supreme Court has listed the case for hearing on April 2. The hearing is based on a petition filed by Association of Democratic Reforms on the issue of electoral bonds, unlimited corporate funding and transparency in political funding.

The electoral bonds mechanism is a substantial improvement in transparency over the present system and the government is open to suggestions to further cleanse Political funding, Finance Minister Arun Jaitley said today.

In a Facebook post, Jaitley said the conventional practice of funding the political system was to take donations as well as undertake expenditures in cash.

The sources are anonymous or pseudonymous. The quantum of money was never disclosed and the system ensures unclean money coming from unidentifiable sources.

“It is a wholly non-transparent system. Most political groups seem fairly satisfied with the present arrangement and would not mind this status-quo to continue.

“The effort, therefore, is to run down any alternative system which is devised to cleanse up the political funding mechanism,” Jaitley said.

The finance minister had last week announced the contours of the electoral bonds, which will be sold by country’s latest lender SBI and will have a tenure of just 15 days. The bonds are being pitched as an alternative to cash donations made to political parties.

Jaitley said the choice has now to be “consciously” made between the existing system of substantial cash donations involving unclean money and other transparent options like cheque, online transactions or electoral bonds.

“While all three methods involve clean money, the first two are totally transparent and the electoral bonds scheme is a substantial improvement in transparency over the present system of no-transparency,” he said.

“The government is willing to consider all suggestions to further strengthen the cleansing of political funding in India. It has to be borne in mind that impractical suggestions will not improve the cash denominated system. They would only consolidate it,” Jaitley wrote.

He said India, despite being the largest democracy in the world, has not been able to evolve a transparent political funding system in the last seven decades.

Addressing the two-day National Executive meeting of the Bhartiya Janta Party’s (BJP) here on Saturday, Prime Minister Narendra Modi commended the “Karyakartas” for the party’s gains in 2016 and urged them to gear up for the forthcoming Assembly elections in five states.

“Our commitment is to change quality of life of poor. Demonetisation is part of long term measures against corruption and black money,” PM Modi said in his address at the BJP conclave.

PM Modi rallied the party workers to use their organisational strength to win over the poor and said that “serving the people amounts to serving God”.

Briefing the media on what the PM spoke at the meet, union minister Ravi Shankar Prasad said that the prime minister called for “transparency in political funding” which the “BJP firmly supports”.

“Some people worry about lifestyle but our priority is to make quality of life better for the poor and underprivileged,” Prasad quoted the PM as saying.

“PM saluted inner strength of poor who responded to his appeal, inspite of some difficulties,” Prasad added.

The members at the meet lauded the prime minister for his extraordinary move on demonetisation, which they declared a huge success, and cross-border surgical strikes against Pakistani terrorists.

“Because of the leadership and will power of the Prime Minister, for the first time in independent India, we gave a fitting reply by entering the enemy’s own home… this one decision changed the way the world looks at India,” Shah said.

He stressed that demonetisation would help the country get rid of corruption.

The meeting also recounted the party’s win in Assam and the formation of its government in Arunachal Pradesh.

The party’s national executive, which began in the national capital on Friday, also praised the armed forces and slammed Pakistan for unleashing terror in the country.

“Terrorism is today seen by the democratic and civilised world as a scourge whereas Pakistan continues to use it as state policy. It continues to push terrorists into India and other countries and engages in terror attacks and promotes violent insurgent and separatist movement in J&K.

“The surgical strikes ordered by the Prime Minister and total rejection of the separatist agenda by the people and governments of J&K and the Centre are a categorical assertion to Pakistan that its ulterior designs shall never succeed and the government led by PM Modi will continue to demonstrate zero tolerance for terrorism,” reads the resolution adopted by the party’s national executive.

The next BJP National Executive meeting scheduled to take place on April 15 and 16.