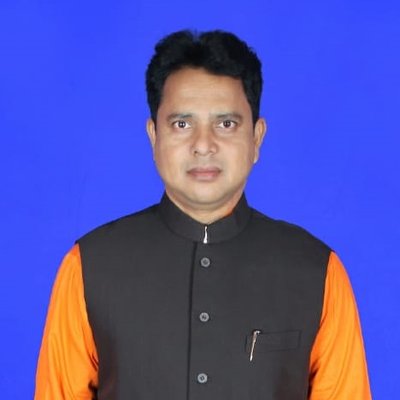 Dr. Fakir Mohan Naik a medical officer by profession, an active social servant and a fearless young leader of a minerally rich but tribal dominated and backward district of Keonjhar in the state of Odisha always stand for the development of the district and development of the backward tribal population. In an interview to the Microstat in New Delhi Dr. Naik unveiledwhy he has left the government job of a medical officer? And why he opted the path of politics for the development of his people and the district? He also explained how he was inspired by PM Shri Narendra Modi Ji to join in BJP to carryout social service further for the people, which is his long cherished dream.  Excerpts;

Q. Why you left your job as a doctor?

I left my job because Keonjhar is a tribal dominated district of Odisha. Though Keonjhar is minerally rich district and government generates a huge income out of that, but here the people are deprived of the basic necessities of life. In my last job as a doctor I could only focus on the healthcare sector that too in my area therefore my area of operation would be limited. So I left my job for a bigger cause and for the interest of my entire district, where I can dedicate myself for the overall development of my District.
Secondly, under PM Shri Narendra Modiji India is establishing new records and breaking old records and this is a golden period on the history of the country. Under his strong leadership the country is moving ahead with utmost speed and in every sector it will create milestones. The PM Modi’s dedication and commitment influenced me a lot and forced me to take a decision to join BJP to carryout my social service further by quitting my job. I know even under his leadership I can fulfill my dream of the development of my backward district Keonjhar.

Q. What are the social activities undertaken earlier?

Being in government job whatever little could be done towards the development of the district I have undertaken that. Since I am doctor I preferred to work on my strong area of providing better healthcare. We have undertaken:

Q. Why you choose politics over social service?

Keonjhar is a neglected district in areas of providing basic necessities for the people like Healthcare, Education, Agriculture, drinking water, public transport and unemployment. I feel in recent past all the people’s representatives of Keonjhar have failed to address the issues or failed to influence the decision makers either at the state or the centre. So I felt I can raise the issues of Keonjhar at the appropriate forums where the basic necessities of the people of Keonjhar are addressed. And I feel politics is the best platform to fight for the cause of people of Keonjhar.

Q. What are your plans regarding the development of Keonjhar?

My plans regarding Improvement in Keonjhar district will be basically to cater to the weaker section of the society and also take care of the overall facility development in the district of Keonjhar.

Q.What will be your focus areas in the development of Keonjhar?

Since Keonjhar is a Tribal dominated district and ay behind in development compared to the other district of our state.

My focus areas will be providing the basic amenities to the people of Keonjhar like Education: Education to all, crèches for the mining workers children Health care: Establishment of medical college which is pending since long where as the adjoining districts the colleges have already started, proving proper facility like staff quarters and other facilities which will motivate the medical and paramedical staff to join even in the remote areas.

Also work toward the life threatening disease like malaria, TB and also curb child and maternal mortality. Facility management for the mining workers like providing them concrete houses, proper  drinking water and sanitation facilities, because they are still staying under inhuman conditions  leading to illness and early deaths.