Jet Airways, the cash-strapped domestic airlines, on April 11, 2019, said that it has cancelled all the international flights scheduled for Thursday and Friday, April 12, 2019, citing “operating reasons”. Further, three domestic flights scheduled for tomorrow, April 12, 2019, have also been cancelled. Jet Airways has said that guests have been duly informed with regard to the cancellations and the refunds are being processed. Jet Airways sincerely regrets the inconvenience caused to its guests, Jet Airways spokesperson said. 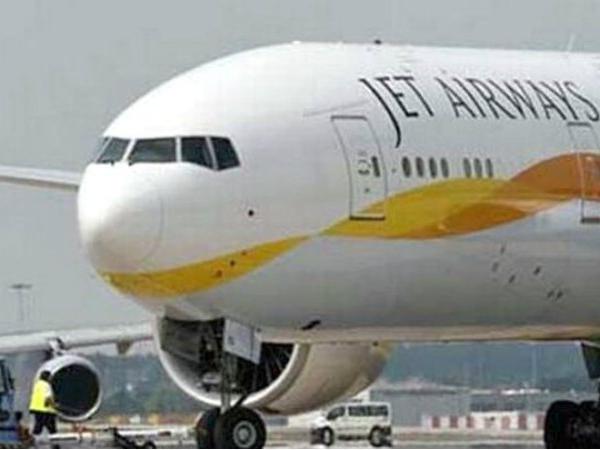 The move comes in the midst of the airline grounding more than three-fourth of its 119-aircraft fleet. “Jet Airways’ flight 9W 615 Mumbai to Kolkata and 9W 675 Kolkata to Guwahati of tomorrow April 12, 2019, has been cancelled due to operational reasons,” Jet Airways said, adding, “9W 676 Dehradun to Kolkata via Guwahati has been cancelled on the same date until further notice.” “An additional 10 aircraft have been grounded due to non-payment of amounts outstanding to lessors under their respective lease agreements,” ANI said.

“JetAirways cancels all international flights for today & tomorrow,” ET Now said in a tweet. According to an ET Now reporting, Jet Airways has pulled out operations from many domestic airports with effect from today. Flights from Kolkata, Guwahati, Patna have been suspended till further notice. Jet Airways has been operating only 14 aircraft today from the 119 aircraft fleet.

Amid the international operations of Jet Airways, flights to Amsterdam, Paris, London has been cancelled for two days, ET Now reported citing unnamed sources. The flights have been cancelled due to the scarcity of funds by the airline.